With the adoption of the LCOR in 2014, the domestic legislation was harmonized with the directives of the EU legislation in the field of oil reserves, i.e. in this law the provisions of the Council Directive 2009/119/EC imposing an obligation on Member States to maintain minimum stocks of crude oil and/or petroleum products, and provisions from Commission Implementing Directive (EU) 2018/1581 of 19 October 2018 for amending Council Directive 2009/119/EC as regards the methods for calculating stockholding obligations, were transposed.

Pursuant to LCOR, MACORA is a standalone, independent and non-profit legal entity which performs public interest affairs and is a central body for storing compulsory reserves and it is the only one authorised for the establishment, maintenance, storage, keeping and selling of the compulsory reserves of the Republic of North Macedonia.

The operation of MACORA is based on the principles: competence, professionalism and transparency and performance liability. For its operations MACORA is responsible before the Government of the Republic of North Macedonia.

The compulsory reserves shall be used:

Pursuant to law, the compulsory reserves shall be formed gradually, in order to ensure that the total compulsory reserves held at all times in the Republic of North Macedonia correspond to at least 90 days of average daily net imports or 61 days of average daily inland consumption in the previous calendar year, depending on whichever of the two specified quantities is greater.

The compulsory reserves held as refined products shall be composed of one or more of the following types of oil derivatives classified in the following categories:

The basic competencies of the MACORA shall be:

Members of the Management Board are:

The MACORA is headed by a Director, appointed and dismissed by the Government of the Republic of North Macedonia.

of Internal Organization of 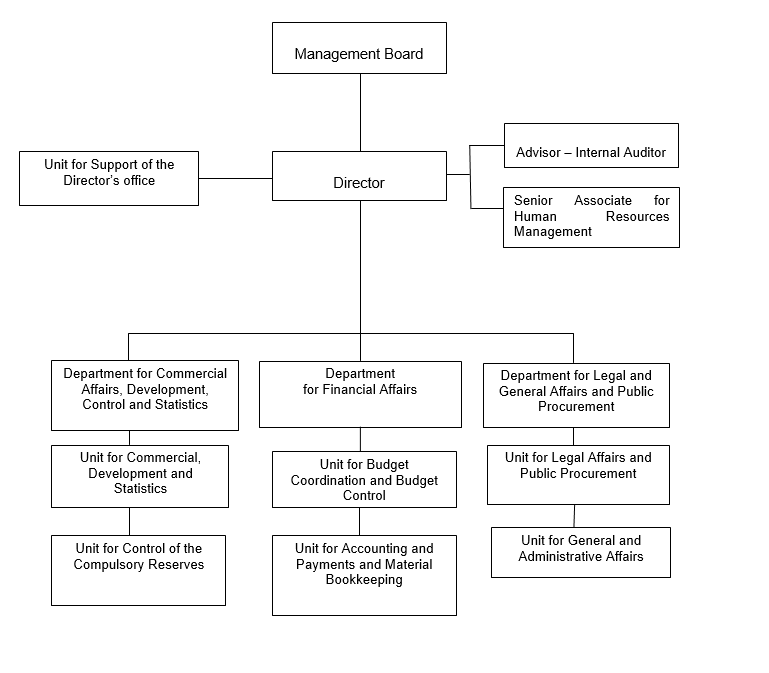 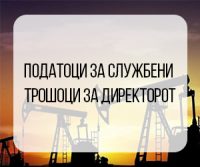